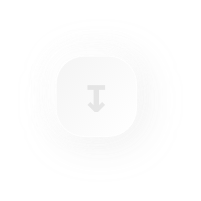 Unlike the Old Regime platforms…

Republike’ profits and growth are not intended to outrageously line the pockets of its founders but the ones of the Community.

The first assignment of profits is in the first place the continuous development of the platform for the exclusive and real benefit of users. However, since Republike will be governed on a democratic basis, we will in the nearest future decide collectively their allocation.

Going further in this community-centered logic and cherishing the dream that the Citizens (users) can access share capital according to their contribution in order to build the 1st social platform entirely ruled and owned in all its aspects by its users, we want to set up a direct link between, on the one hand, contribution, rewards and ownership of the platform and, on the other hand, between subscription and ownership (native tokens AUREUS or piece of token, depending on AUREUS value, being granted at subscription).

This is a strong commitment that we are making and that we will discuss further in the early stage of Republike. We are working on a smart and fair solution for that.

The global objectives are to:
‍
• Be self-owned
• Be self-governed
• Fully redistributes the profits to Citizens

Actually, instead of giving their data for free, users are the investors and owners of their own platform.
‍

‍Republike will thus be a blockchain based social platform that supports community building and social interaction with cryptocurrency rewards using blockchain and smart contract technology. The rewards would mainly fall in two categories:
‍
Peers’ rewards attributed by other users
Publications by other users.
‍
Rewards attributed by the platform
Quality of contribution based on moderation, best content of the month / category, involvement in platform improvement and DAO, participation in monthly Agoras...
‍

‍To go to the end of the vision, we think that Republike must be owned by the Community. Consequently, the native utility token (AUREUS) granted at paid subscription as well as awarded for involvement and contribution will ultimately be the security token of the future Foundation.

We also plan to work on mechanisms allowing any shareholder / early investor to switch from classic share capital in the corporate structure to tokenized capital in the future foundation.

In the same view that Republike is not meant to be owned by financial investors, we must add here that from the early funding stages, we commit to respect 2 criteria:

‍Quantitative: We will cap any financial investor at 5% maximum of the “ignition” corporate structure.  We are thinking of setting it in the smart contracts and also to combine it with a deadline for the team to respect this 5% threshold. This threshold should never be exceeded in the future and even decrease.

‍Qualitative: We will pay the greatest attention to get investors who feel concerned by the vision and what is at stake in this global community project and who want to spread it by any means at their disposal.

However, we must clearly emphasize again that the project has been designed to be owned by its Citizens, thus the fastest we will build the Community, the less external investors we will need.