The NextGen social platform
Regain control of the Internet

Subscribe to the waiting list and take part in the construction of a new kind of social platform co-designed and co-owned by users. 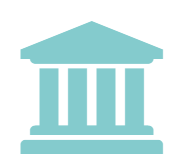 Take a few minutes with one of our cool designers and test our early prototype. You'll get a privileged access to the beta version and Founding Citizen advantages (limited).

Create a safe, democratic and independent social universe co-designed with users and owned by the community, with content freely published and debated by citizens and not pushed or censored by algorithms.

A digital place where users have full control over their personal data and which guarantees real freedom of speech and publication as long as the mindset is respectful and sincere.

Aiming to transfer over time the full ownership of the platform to citizens-contributors via a reward mechanism.

No censoring, no shaming, no harassment, you can discuss and post anything as long as you have a positive and respectful mindset

Build a community with a mission. Platform 100% users managed. True self-moderation. Discussions with the team on a regular basis

Platform and community ruled by a Constitution & Principles collectively elaborated

Regain control of the Internet

It is not anymore a secret: The Internet, like the world, is at a crossroads. We have the choice between letting the “gods of Silicon Valley” and Asia define what the future of the web will be and imposing their vision of the world and of their “philanthropy”, or regaining control of the Internet, of its contents and our data.

In 2015, GAFAS and governments were holding 5 digital data points per person in the US. In less than 10 years from now, everyone on Earth will be “databased” with 70 000 personal data points! Besides the obvious dangers of this evolution, this over identification has generated “filter bubbles” and other sneaky data distortions which, at the opposite of the initial goal of social medias of bringing people together, now isolate them in their own universes. And we see now how strongly it polarizes and divides the society and the "real world." And it is probably just the beginning.

These phenomena that we are seeing appearing in recent years (increasingly deleterious climate, violence, control of content drifting in censorship) are only the tip of an iceberg which plunges its roots very deeply into the very model on which are based these global platforms: that of advertising as revenue model. This business model which gives the illusion of a free service, is based on the sale of our data, which, actually, is today the property of “GAFAish” companies. Indeed, to use these services, we must accept the TOS.

Long story short, the process is as follows:

It can be said today with very little doubts that if everyone really read and understood the TOS of Gmail, Facebook, Tweeter and any other algo-pub / free-use digital ecosystem, the vast majority would not validate them.

Actually, literally speaking, today there is no longer a 100% safe space to share ideas of any kind, moods, opinions, creations, joys and questions of all sorts.

Republike intends to make a 180 degree turn by giving you back what should never have left your hands: the power over your personal data and over what you see and an unlimited field of world-class content as well as nice discussions opening you to new horizons. By putting the control of the algorithms and content quality in the hands of users at the heart of the design of Republike, our ambition is to create a collective opportunity to take control back over our digital lives and to finally open a possibility to think outside the matrix.

Regarding the business model, let's be transparent: we fiercely fight and even condemn the usual business driver used by ALL digital platforms, which is to try to keep the user still longer and longer on the platform and therefore maintain and encourage addictions and depression. On the contrary our vision is to shape a platform for & by humans and not humans for & by platforms. If people contribute and stay on the platform we want the cause to be that they have a great novel experience and feel better people by using it, but certainly not because they CRAVE for it. Consequently, we need a community conscious of these major issues and committed to build with us something really new and good for our future.

We want Republike to be a new kind of digital space, free of algo, free of influence other than its own citizens’s one, free of financial pressure and thus self-supportive since it is the only way to escape the pressure of starving financial investors and also to not be doomed to sell its users (we'll NEVER do that).

Unlike the Old Regime platforms, Republike's revenue and growth are not intended to outrageously line the pockets of its founders. Their first assignment is the continuous development of the platform for the exclusive and real benefit of users.

But we want to go further by following this logic to the end and cherish the dream that the community and citizens (users) can access capital according to their contribution in order to build the 1st social platform entirely ruled and owned in all its aspects by its users.

This is a commitment that we are making and that we will discuss together in our regular discussions structurally enshrined in our Constitution.We are working on a smart and fair solution for that.This global vision, from the conception to the smallest details of use, translated into a radically innovative design of self-management and collaboration processes, eliminates censorship as well as abuses and guarantees a level of freedom of expression that no platform has ever approached.

Regain Control of the Internet

REGAIN CONTROL OF THE INTERNET

FREE THAT IS (VERY) EXPENSIVE

A LIMITLESS (AND STILL GROWING) POWER

Polarization of the society

User's feeling of counting for nothing

Total loss of trust in these media

Pillars for a Constitution

"I know that I know nothing"

"Most of us are not as smart as Socrates"

We assert firmly that it is easier to identify a deliberately harmful / negative mindset than tracking questionable content. We have all experienced that on a Whatsapp or SMS thread. Global platforms spend billions to chase fake news (with very limited success), thus opening wide the door to censorship, while identifying an intentionally harmful content / post is easy for human eyes.

The only requirement of this platform is to demonstrate a constructive and never intentionally harmful mindset in posts and comments.

II. We are not our ideas, what we really are is anterior to our ideas

If you were born into a family where there were cool cats, chances are you like cats (and maybe not dogs). Here, keep in mind that algorithms are dumb: if you love cats, they'll always show you cats. Do you want to stay locked in there? It's the same process for religions, political views, music, football teams, etc.

Republike IS NOT a political platform. It is a new way of social networking. But if you're a Democrat and think it's impossible to have a cool talk with a Republican (and vice versa) and even possibly be friends, this platform IS NOT for you. Let's take a fresh start!

Everything but perfection has causes and explanations. We all have opinions and moods. Republike is the perfect place for all of them as long as we take it for what they are and are able to talk about it calmly, passionately or with humor but without aggressiveness. Opinion is not judgement. Let the judgmental part of your subjectivity outside: it's not accepted on the platform. And if some of us change our mind from time to time, it will mean that we have learned and Republike will have achieved one of its main goals.

And remember that we are all someone else's idiot.

IV. Absolutely everything can be discussed without hatred or violence

As a consequence of III., calling hatred and violence is strictly forbidden. When there is open-mindedness, humility is possible. Where there is real humility, violence and hatred are not possible and we can learn from others or just have fun with them. Anyone on Republike stays open-minded and humble. And that certainly does not mean that we can't be kindly cynical / ironic or make jokes. Just keep in mind that as in a SMS thread, in 99% cases, it is easy for human eyes to state if the post / comment is malicious or not.

We consider that personal data and content are the property of users. We don't collect it and we'll never use it without user's validation and certainly NEVER for advertising of any kind. We assert that this business model has messed up the whole social networks world as well as part of the "real" world"

Don't be shaped by the digital world, shape it!

TIME TO MAKE A MAJOR CHOICE:

accept consciously to give your personal data for free, why not, you just have to know it and evaluate the consequences, OR resist and take a real part in the design and the construction of a new model of social platforms.

Let's go straight to the point: We are convinced that if we really want to get rid of this “top-down” system and of the hypertargeting imposed by GAFAish companies, the paid subscription model is the only credible path to offer an alternative powerful enough to overturn the established order.

It is important to realize that there is nothing new in this idea. After all, we've long gotten used to paying for everything:

- all kinds of apps (and how many of them do we use only once a year or never?),

Everything global, absolutely everything has to be paid for if it has a cost. Everything except, paradoxically, the most powerful media ever, the most able to condition us at the root of our minds, deprive us of our freedom and make us real addicts: social networks.

And the reason they have such power of conditioning and alienation is precisely because they can afford to be "free" by selling our personal data at huge margins and using it against us to trick us to buy again and again.

It may be time to think about what this notion of "free" covers here and what is the real price we are paying.

But to be fully virtuous and fit into our inclusive vision,

1 - Do not exclude anyone and therefore be affordable by any one. We believe that the entrance fee should not exceed 1 USD per month on a yearly basis.

2 - The platform must imperatively be co-managed by the community.

3 - Ultimately, allows users to trully own the platform.

Republike simply itends to free users of the algo-shaped world (ads, vicious targeting, polarization), give them their data back as well as offering a unique, true, safe, outstanding freedom of speech with radically innovative tools for the annual cost of a dozen of Coke cans or a ticket of cinema instead of giving access to our whole lives to big techs.

Take part to the Change

II. I promote a digital world free of algorithm and ads. I understand that the gratuity of today's social medias is at high cost...

III. I understand a sexy app with powerful & innovative Wonder Features has costs but I no longer agree to be permanently watched nor to give my personal data to finance it

IV. I want to finally find a safe harbor to discuss anything and be myslef.

V. I want to be an early citizen and participate to the pre-opening vote of the Constitution.

Be an early tester of our prototype & gain a privileged access to our beta version as well as the Founding Citizen status (limited).

Please let your email below. One of our cool designers will get back to you.

Become an early renegade and join the 1st social community designed with its users, owned by them & 100% free of outside influence